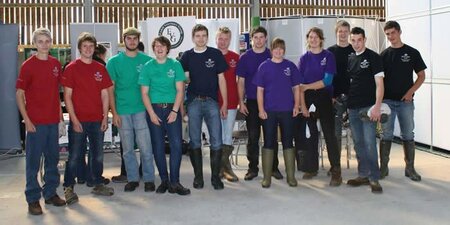 Three students from Plumpton College were up with the lark on 13th June, passing the first test of rising early to compete in the Young Shepherd of the Future Competition at Nugent Farm in Lambourn, Berkshire, organised by the National Sheep Association.

The challenging, inter-college student competition involved Plumpton students George, Bradley and Harry taking part in six disciplines, starting with a written exam on sheep husbandry. They were interviewed by a vet on sheep characteristics, before selecting lambs on conformation, followed by shearing sheep. Quad bike safety and operation was followed by setting up a length of Rappa fence line. The event was a show case of sheep equipment, state-of-the-art technology and network contacts for sheep farmers in the South East.