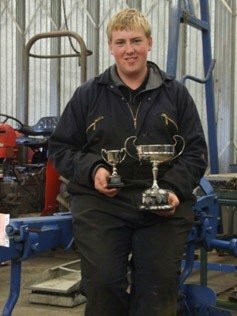 His first was at The West Grinstead & District Ploughing Match gaining 2nd Prize in his class, and later at The Crowborough Match  where he took the cup for the best work by a competitor Under 21 years old.

With this win he has been invited to compete at the Sussex County Ploughing Match at the end of October 2012.